A Home For Mr Blubbery Tussle: A Collage Novel Part One

I've been doing lots of collages during lockdown and have used similar techniques - automatic writing, cut up techniques, bits of Oulipo - to generate some text to go with it. It's all a bit odd but will be coming out a book sometime later this year. In the meantime here it is, serialised. There'll be more collages in the book itself by the way: 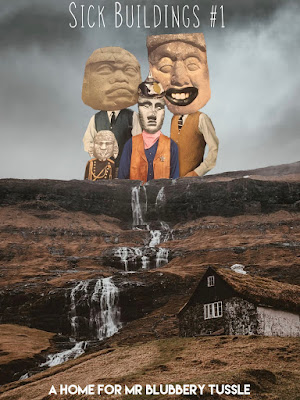 An actor’s available range depends greatly on the weights of his lady’s maids. So said the famous regime of Les Journees du Shots. In those weights, the turn of the key and the curve of the C were, in their theatre, far more pointed. The actor in question – Lasky - thought “La Nuit!! This is reminiscent of the performance contact itself.” But six performances of his revised Elijah had only uncovered in him panache. So he decided to look over some old shops and accept the looks from the passers-by. And with them he also accepted their fingers, words and, in doing so, took the actor back to a particular place. Somewhere in his past he remembered it clearly – the Dauphine! Dear old Etoile Tapadero! And then, with a creeping realisation of fear, he remembered the Mall of Guilt. 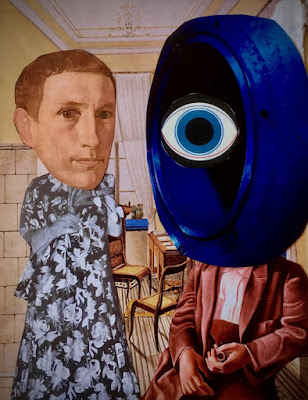 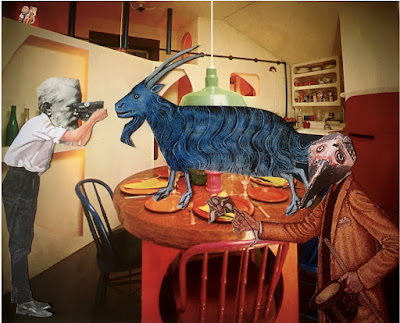 Orcady, the solipsistic fish, whose venerations regularly swept Mr Blubbery Tussle through the Alabaster Meridian, watched the beast. The beast’s holy wisdom strummed and hollered with the nostalgia that so often depressed Orcady. He searched within himself and decided that the Orbs of Kodaly would provide him with the glee he so needed. Yet he knew that the Watchmen would be there, weeping as ever in their semblance of grace. Upon a nearby carousel, Monsignor Cate Early and her pet Tibi, the Prism of Bliss, watched all this with longing, while perched on the hat of a nearby Watchman. 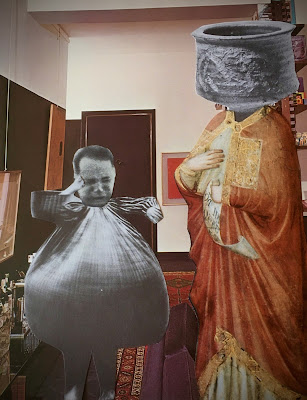 Elsewhere once more. Le Petit Bourgeois had agreed that the situation was perfect for exploration. Everyone had heard the transports arriving: the baby carriages – three gallons deep and middle class – were ever changing and their music silently waiting, as the toddlers - with dolls for their puddings - trembled at the sound. It was the sound of butter, of whisky and of relationships. Some kind of nurse was meeting a rodent within the city. The doctors, whose intendent intellectual shops were now clean, were taking them out of their houses, and with signs and wonders they left them on the stoop. 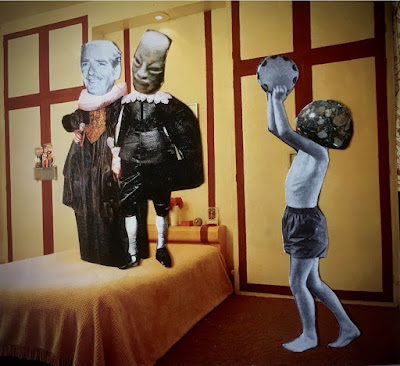 Mario introduced himself to the actor, Lasky. “The living: the scent’ll bring them back. The people will be made appropriate with that precedent.” But privately Mario remembered the mother of St Luke, and those speeches that were so artistic but only when they performed the type of friendship to the night that one never remembers in the dawn. 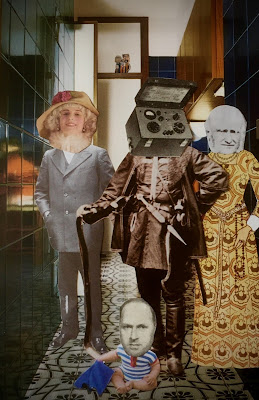 Seeing this, the Man with the Hat of Tomorrow cried out to the Sceptre of Nine “My house is on fire and I can do naught to save it”. But all laughed in joy, as for them it was a time of celebration. Thus the town square became alive with voices shouting “JOY!” and “RAPTURE!” and sang in thanks to the Apostle of Tomorrow. 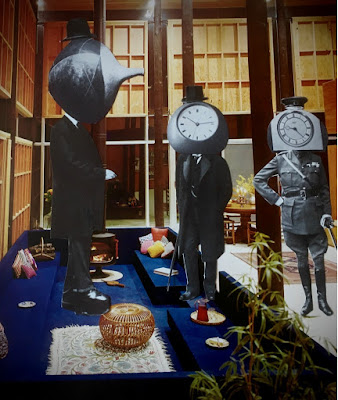 “IT IS RELATIONSHIPS!” shouted York to the night, as the Player’s head was described to him. At this, the Player, striking up her steady shoulders, used her animal’s gaze to watch the fallow deer. This was to be the animals’ great rescue. It was to be written and published by Rolle the Barber, who taking the sky’s blackness with him, knew that the lodge was seldom where one could see fallow deer. But he did not speak of this. 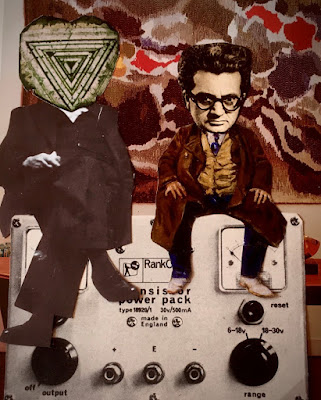 At home, Halloran considered the lost menace: “Consider thy lot… chaos?… a test?” His butler, Brennar Primp, entered. “Ahoy,” called Halloran, “How did they hide the key hence?” Primp replied, “It lingers with Lord Maxwell Crumb – within the Wisdom of the Private Hell of St Noah”. Oh dear, thought Halloran. 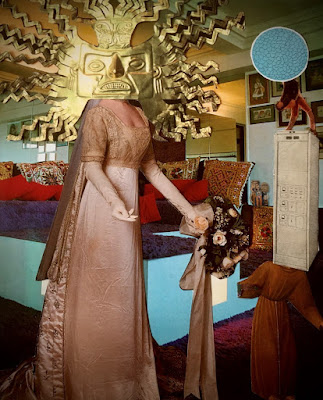 The Sparrow of Night saw all this and flew low and fast – low and fast – into the veil where it promptly awoke the Little Fat Baby from the onslaught that it lay sleeping on. And at this, all those in the town square cried. And also at this, the statue of The Great Man – and its echo, the Stature of the Bad Men – arrived to fight that shadow behind the curtain, that shadow that lives in the House hidden in the Night Woods. 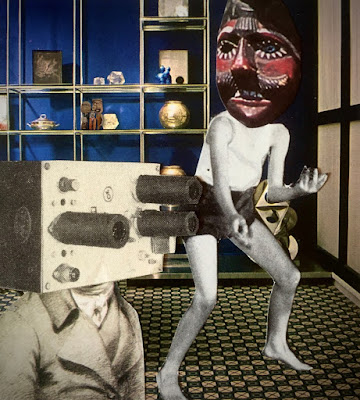 Safely in Sweden were three artists who, young and attendant to the Puffin Ruskin, described exactly the sights inscribed by the Barber Rollei. Watching this, the actor Lasky, saw the arrangements made by the wife of the Three Chunky Advantages. At this point in the rehearsal he had stopped to consider an extension whose purpose was a touch of genius, in much the same manner as eventually happens to all men. In addition were primary, subsidiary notes that were subscribed, noted and inscribed in grateful remembrance by Albert, the Famed Circuit of Figure One. He had been Hitler’s Viceroy, whose sentimental dance had been the succour of society, yet had wiped out Dr Best in the process. 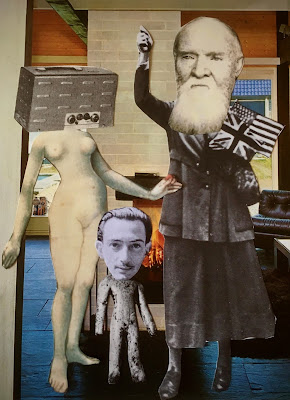 Later, Mr Blubbery Tussle was much vexed by the Sentinel of His House. Aghast, he heard that the Thirteen Obsidian Wild Waves had entered the city at nine. The curve had not held and chaos and hell both beckoned. Disguised, and with the Deciduous Sceptre at his reach, he had lost his mind the last time this had occurred. But the thought of Gabriel the Recluse gave him some soporific relief. 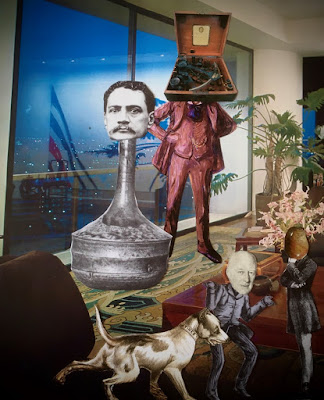 The Viceroy, that Famed Circuit Albert, was concerned by his patrons who had pursued Henry the Previous, who had lately allowed various characters to become his furniture. This ricochet had resulted in an everlasting tour of England, and the force had stopped his banishment by the Orbs of Joachim. “He makes his word in linen”, he muttered quietly to himself, in remembrance. 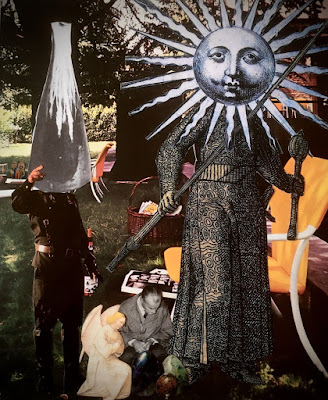