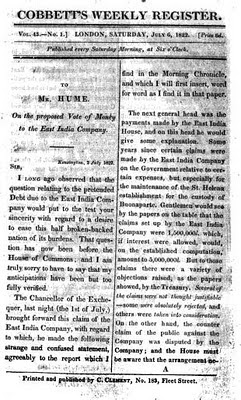 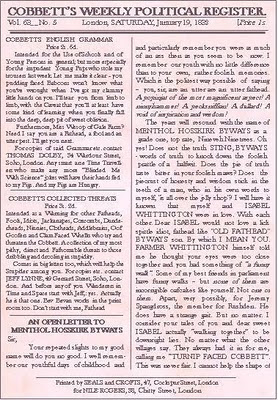 (annoyingly, as a postscript, i simply CANNOT find the copy of the register printed by dolby so am now wondering whether i simply imagined it...)
at May 26, 2010 No comments: 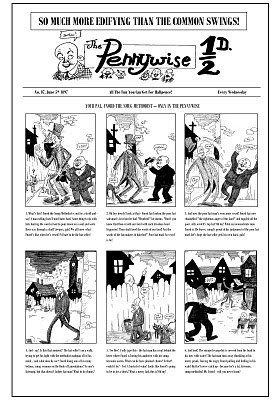 one of the reasons it's so small and unreadable in the issue is because i didn't think the art was really that great. it was an attempt to do something in the style of the "illustrated chips" or ally soper, but missed by a considerable margin. thought it may be useful to allow people to see it properly though

so i''m now gearing up slowly to the drawing of "cosmo mandinsky" and i'm finding myself trying to "set the tone" for the project. usually, when i start with some sort of half arsed novel or other, i spend ages looking for visual references or music to sort of get the tonal sense of the project right. and i think this is pretty much the best way to spend the early planning stages of what, at the moment at any rate, seems to be quite a daunting project: a proper bit of sequential bit of story telling for the first time. i've been sort of splitting the narrative up a bit and thinking of the best visual references for those: photographers like henri cartier-bresson, artists like edward bawden and... well, others that i thought i'd occasionally ramble about hereabouts

i came across the current major tonal influence when listening to music actually. i've always considered brian eno's greatest record to be "before and after science", a view which i understand is something of a minority, mainly because of the way the raucous side of the album suddenly tapers off into the gorgeous, dreamier, hazy pastoral size of "spider and i" and "by this river". as far as i'm concerned, the whole of the second side of the album is one of the most glorious sequences of music i have ever heard and that dreamlike, woozy quality is something i'm trying to articulate in "cosmo mandinsky". not that i can believe for a single second that my third bit of completed work, my first attempt at a narrative bit of sequential art is going to be anywhere near as good as eno at his best, but... you've got to have a sort of target to aim at haven't you?

anyway - and i should point out at this moment that i'm rambling primarily because i've had a smidgeon too much to drink at the moment - listening to this album at work this afternoon reminded me of how gorgeous the inner sleeve art of "before and after science" is. so a bit of pottering about online later, i've utterly and totally fallen in love with the beauties of peter schmidt's watercolours. i'll not be able to approach anything this good for, god, years... but this sort of thing really drives you, you know? drives you to try and improve and strive for a way to articulate something even slightly as beautiful as these haunting, powerful images

anyway, enough of me - here's a couple of bits of brime schmidt stuff. i urge you to scurry to the webpage and read more about this fascinating man... 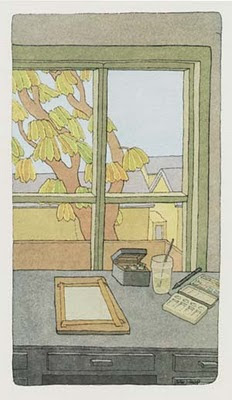 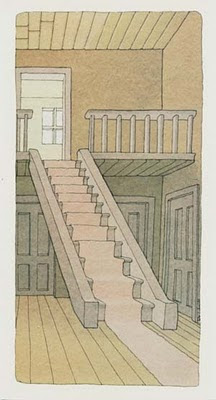 Email ThisBlogThis!Share to TwitterShare to FacebookShare to Pinterest
on the back cover of issue one of "the common swings" i proudly advertised issue 2 - "whatever happened to cosmo mandinsky?" and, i promise, it will be what issue 2 is *properly*. however the second thing to come out under the title "the common swings" is an all together odder beast, a rummer state of affairs known only as "i evade fish" 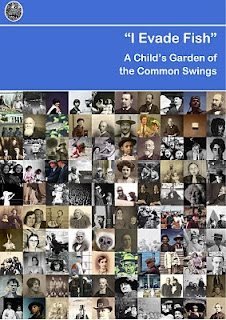 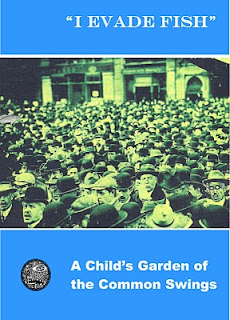 "i evade fish" will be available later today from the blog and lulu. i'll keep you posted as to issue two as it progresses too!
at May 17, 2010 1 comment: 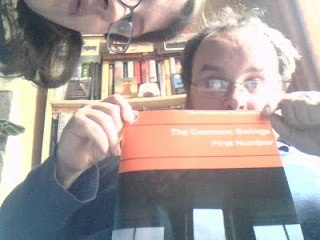 yowser! i actually own the spangly lulu edition now and... it's gorgeous! i can't believe for a single *second* that i was responsible for this thing... madness! 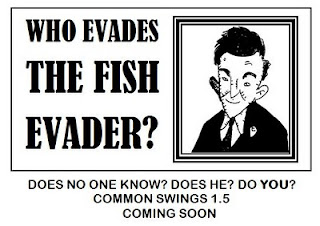 the first draft is done! just need to proof read and tidy up - should be ready by next week! just in time to cheer all up from tory hell!
at May 07, 2010 No comments: 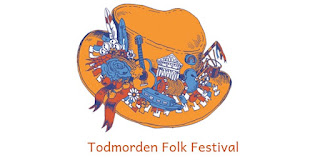